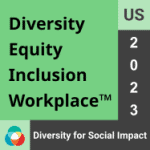 The City of London aims to provide an inclusive, respectful and discrimination-free work environment for staff. We will use best practice in employment in accordance with legislation to ensure that employees feel respected and able to give their best. As far as possible, we would like our workforce to be broadly representative of all sections of society. The City of London is committed to delivering excellent customer service. We recognise the different needs of our customers and actively work to minimise potential issues of exclusion and discrimination. We aspire to be a leader in equality and inclusion, serving a wide range of communities including our staff, residents, businesses and the workforce of the Square Mile.

The City of London is a city and a local government district that contains the historic centre and the primary central business district (CBD) of London. It constituted most of London from its settlement by the Romans in the 1st century AD to the Middle Ages, but the agglomeration has since grown far beyond the City’s borders. The City is now only a tiny part of the metropolis of London, though it remains a notable part of central London. Administratively, it forms one of the 33 local authority districts of Greater London; however, the City of London is not a London borough, a status reserved for the other 32 districts (including London’s only other city, the City of Westminster). It is also a separate county of England, being an enclave surrounded by Greater London. It is the smallest county in the United Kingdom.

The Public Sector Equality Duty (PSED) The PSED came into force in April 2011 (s.149 of the Equality Act 2010). Public authorities are now required, in carrying out their functions, to have due regard to the need to:
• eliminate discrimination,harassment, victimisation and any other conduct that is prohibited by or under the Equality Act 2010
• advance equality of opportunity between persons who share a relevant protected characteristic and persons who do not share it

• foster good relations between persons who share a relevant protected characteristic and persons who do not share it. These are sometimes known as the three equality aims or arms of the PSED. Having due regard for advancing equality involves:
• removing or minimising disadvantages suffered by people due to their protected
characteristics

City Hall and Transport for London (TfL) have announced that Holland & Barrett’s ‘Me.No.Pause’ campaign has won an innovative competition designed to make advertising in London more representative of the capital.

The campaign, which challenges perceptions around the menopause, was chosen as the winner of the ‘Women We See’ competition due to its positive presentation of women going through the menopause and commitment to reflecting the diversity of women in London.

The competition was launched in July last year to encourage advertisers to create more positive and inclusive campaigns, after research carried out by UCL revealed that Londoners didn’t feel represented by most of the adverts they saw around the capital. Sponsored by TfL media partners, Exterion Media and JCDecaux, the competition called on brands to create adverts that reflect London’s diversity, feature women from all backgrounds and move away from harmful gender stereotypes.

Following entries from more than 90 brands and advertising agencies, the submissions were reviewed by a panel of judges comprised of advertising and media industry experts and City Hall and TfL representatives, who were looking for a campaign to act as a catalyst to change perceptions and drive change in the industry.

As the winning entry, Holland & Barrett has been awarded £500,000-worth of prominent advertising space from Exterion and JCDecaux across the TfL network, including space on the digital screens at Canary Wharf. Holland & Barrett’s campaign was created by Pablo London. Mothercare was awarded runner-up in the competition, with a campaign celebrating mothers, and will receive a prize of £50,000 worth of digital advertising space from Exterion and JCDecaux on the TfL network, and the campaign will go on display later this year.

The competition is the latest move from City Hall to encourage more positive advertising campaigns, following a ban on adverts on the TfL network which could pressure women to conform to an unrealistic or unhealthy body shape, particularly among young people. In addition, City Hall has worked with TfL to establish the Advertising Steering Group to monitor TfL’s approach to advertising and to keep its policy under regular review.

Heidi Alexander, Deputy Mayor for Transport, said: “London’s diversity is our greatest strength, so it is important that we challenge the disparity between the way women are represented in adverts and the women we see around us every day in the capital.

“I’m absolutely delighted to be able to announce Holland & Barrett as the winner of the ‘Women We See’ competition. Their Me.No.Pause campaign is a positive and empowering message that shows the brand’s commitment to capturing the diversity of the women in our city. I’d also like to say well done to runner-up Mothercare for their fantastic campaign. We want today’s campaign launch on TfL’s advertising network to encourage other brands to tackle the way we represent women in advertising, ensuring that women at the heart of London’s success, are given the representation they deserve.”

Chris Macleod, Customer Director at Transport for London (TfL), said: “It was a privilege to judge all of the fantastic entries into our advertising competition, working with the Mayor and our advertising partners, Exterion Media and JCDecaux. Congratulations to the winner, Holland & Barrett, as well as the runner-up, Mothercare – the competition was tough with a range of impressive entries, with each one considering the importance of gender and diversity. It was heartening to see how brands had embraced the challenge and I hope that this competition will continue to drive widespread change in the industry.”

Holland & Barrett’s Chief Marketing Officer Caroline Hipperson says: “Raising awareness of menopause is something we feel very passionate about at Holland & Barrett. It feels like the ‘last taboo’ topic that people still don’t talk about openly, but it is such a natural part of life and something all women will experience! By partnering with City Hall and TfL we will now be able to convey this message over 31 million journeys. We hope this campaign will give all these amazing women the confidence to talk about what they are going through and seek advice or tips on how to alleviate any symptoms if needed. And we are taking this seriously in store too; we have invested in training for all our store colleagues on the topic so we hope women experiencing the menopause come in and speak to us.”