𝘽𝙧𝙚𝙖𝙠𝙞𝙣𝙜 𝘽𝙖𝙧𝙧𝙞𝙚𝙧𝙨: Understanding different types of barriers and how to break them
Table of Content

No matter who we are or where we come from, there exist barriers that limit us from achieving what we want. There are many reasons why these barriers exist. Whether it’s diversity, culture, sustainability, gender, or societal, they’re often the reason why many people are left behind.

Even though the world now has changed progressively compared to say, five or six decades ago, there are still many barriers around us. No thanks to some irresponsible parties where they like to blow things out of proportion, many people find themselves at a disadvantage due to unfounded fears, prejudice, or discrimination.

What is a Barrier?

A barrier is an obstacle or an obstruction in the process of things. It can be a system, a party, or even an individual. Barriers limit or prevent people from achieving equality. These elements can cause a hindrance for others from performing their best, exploring their potentials, or stopping their progress completely. Breaking barriers in history is never easy.

Systemic barriers slow down processes, limit growth, or they can cause problems in particular ecosystems. These kinds of barriers are often practiced for a long time and can take even longer time to break down. Systemic barriers usually exist in economic policies or organizational practices.

However, barriers are not always and don’t necessarily mean barriers that are prejudice or discriminatory in nature. Any form of obstruction or hindrance to a process, operation, or activity, etc., can be considered a barrier. When addressing barriers to inclusion in the workplace, leaders can provide accommodations and processes so that individuals can participate and be more fully engaged in the workplace. It’s an important first step but the real goal should be to remove the barriers completely so that everyone can work barrier-free.

Barriers can exist in different forms in many different situations. They can be in the form of flaws in the system, policies, or processes. They can also come from an individual where a person may have some limitations on language, skills, or abilities.

One of the most common types of barriers is the cultural barrier in Diversity and Inclusion. As the world moves toward a more globalized place, people are more exposed to different kinds of diverse cultures. While this can be a good thing in promoting cultural appreciation and harmony, it has its potential issues.

People from different cultures will have different beliefs and values. These may contradict the beliefs and values that of another culture. Things such as religion, dressing, food, social interactions, or even pets can be a cause of cultural barriers between people.

Cultural barriers can cause a person to feel uncomfortable, unwelcome, or isolated from the rest of the group. Even though he or she may not make it a problem, it can take some time for them and for others to get used to different cultures.

Attitudinal Barriers are often based on bias, which stems from our upbringing, societal influences, and our understanding of different equity seeking groups. As leaders we may see ourselves as being accepting of all groups but still hold unconscious bias that may affect how we respond to their needs.

There are many different types of communication barriers. They can range from verbal to non-verbal to environmental factors. Whether the barriers are tangible or intangible, they can still affect and limit effective communication.

Non-verbal barriers in communication can be psychological or emotional. People who suffer from psychological disabilities may find it difficult to communicate. Depression, anxiety, or phobia can limit the way a person interacts.

In terms of emotional barriers in communication, people with lower emotional quotient, or EQ, may find it difficult to express what they think or feel. Someone who is more emotionally mature can articulate their thoughts and feelings much more effectively than a person with lower EQ.

Other than that, language factors also contribute to communication barriers. Someone who is not fluent in English may find it challenging to express their opinions in a dominantly English-speaking group.


Gender barriers at the workplace

Gender barriers often happen due to generalization because of gender bias. People may attach stereotypes to a specific gender, causing the person of said gender to receive unfair treatment. For example, some may believe women are chatterboxes and like to gossip while men are more prosaic and practical.

Gender barriers in the workplace can have detrimental effects. Someone with high potentials may not get a promotion due to gender bias barriers. Some may not listen to someone with valuable and great ideas just because of gender barriers.

Stereotypes such as women are too emotional or too focused on feelings that have caused many women to miss out on career development opportunities. While many organizations have become more progressive in promoting gender equalities, these barriers have set women further back than it should be.

Trade barriers in the economy

Natural barriers in trade can be in the form of cultural or physical. An example of a physical natural barrier is distance. For instance, the cost of shipping between two locations may drive the price higher even though the cost of operations in one locale is lower.

Language barriers in trade involve people who aren’t able to have effective communication in trading. Due to language barriers, miscommunication or misunderstanding can happen. This can be a costly problem because it can deter trade arrangements or traders may send the wrong products.

When it comes to international trade, tariff plays an important role in stimulating the economy. However, tariffs such as taxes on imported goods cause them to be more expensive. The taxes imposed on these goods can be either per unit price or a certain percentage from the value of the products.

Trade barriers tend to do more harm than good to the economy. These barriers not only increase the price of the goods, but they also reduce the availability of products and services in the country. When there is reduced availability, it can reduce income, lower employment rate, and directly lower a country’s economic output.

As you can see, there are many different types of barriers. Some of these are easily broken because they require understanding, tolerance, and compassion. Barriers such as communication, cultural, and gender can be broken when people are aware of the bias and stereotypes that exist.

Systemic and trade barriers may be harder to challenge as these are often polices and procedures implemented by governments or organizations. However, with continued efforts from many parties and advocates, we can break the barriers that hold us back.

A barrier is an obstacle or an obstruction in the process of things. It can be a system, a party, or even an individual. Barriers limit or prevent people from achieving equality. More on Breaking Barriers with Diversity for Social Impact.

What are the different types of Barriers?

What is an Attitudinal Barrier?

Attitudinal Barriers are often based on bias, which stems from our upbringing, societal influences, and our understanding of different equity seeking groups. 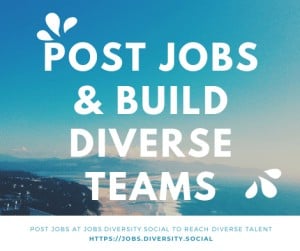